The Pinnacle of Quality, Reliability and Uniqueness

The Xanthos Gold is Breda’s flagship inertia driven shotgun. Its rich design is the result of over 1,000 hours of work by master engraver Diego Bonsi from the world famous Laboratorio Incisioni, B&B. Pure gold and silver wire is inlaid into each receiver by the hands of skilled Italian craftsman. The stock is made of very fancy walnut that is hand oiled and rubbed into a lustrous finish. The Xanthos Gold celebrates the “Queen of the Forrest”, the woodcock. 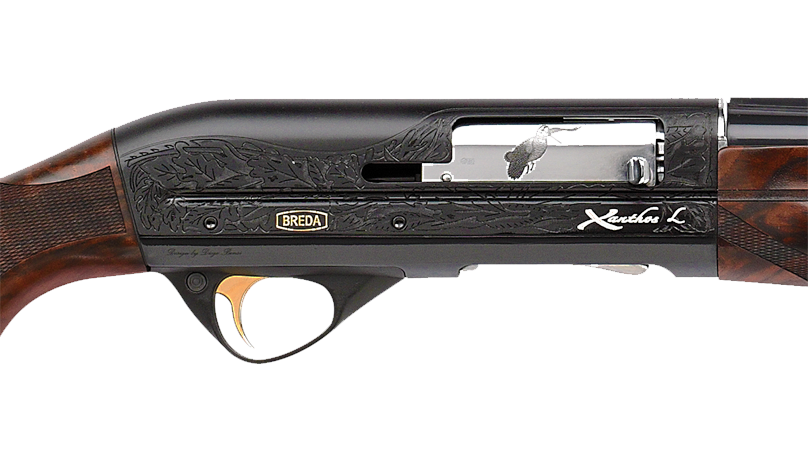 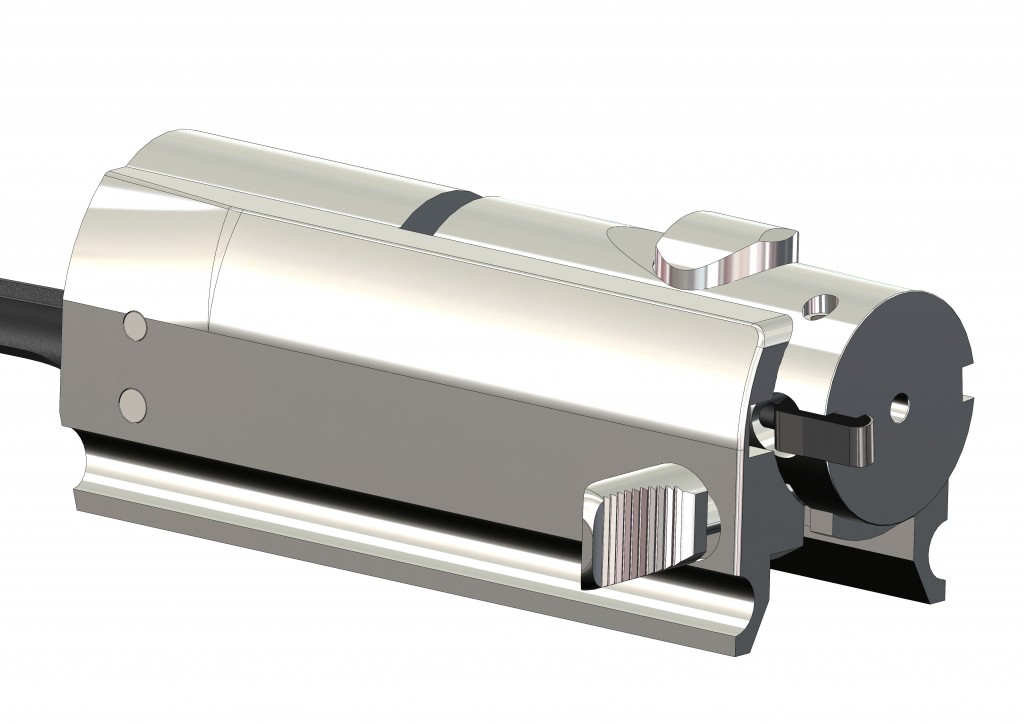 The steel receiver is produced using a unique manufacturing process which results in an evenly distributed highgrade steel thickness thtoughout the receiver.

The Xanthos Damasco is a luxury grade semiautomatic shotgun. The Damasco’s titanium finish is offset by real gold inlays and engraving by the renowned Bottega di Giovanelli. The fancy hand oiled walnut stocks help take this shotgun to the next level of elegance and taste. 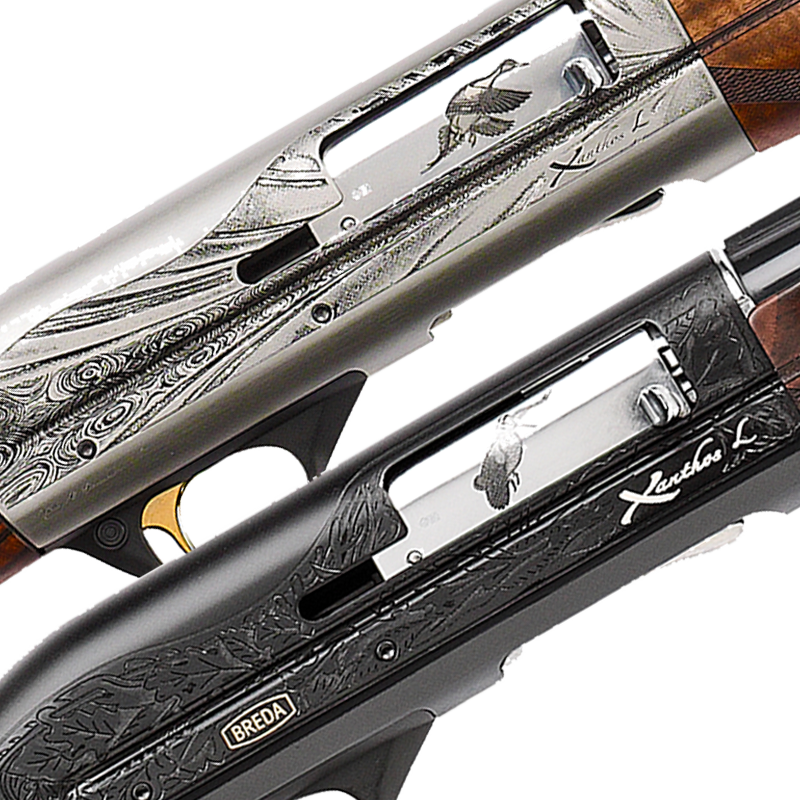 The steel receiver is produced using a unique manufacturing process which results in an evenly distributed highgrade steel thickness thtoughout the receiver.

About the Breda Xanthos

The Breda Xanthos Semi-Automatic Shotgun uses the latest version of the inertia operating system originally conceived by Bruno Civolani, the founding father of modern inertia driven semiautomatic shotguns. Breda produces the Xanthos to the highest industrial standards. The result of Breda’s meticulous manufacturing processes is a shotgun that has superior accuracy and the highest ballistic output of any shotgun currently available on the market.  The Xanthos is the only semiautomatic shotgun produced today that is made completely out of steel. Despite its sturdy steel construction, the Xanthos remains as light as a semiautomatic shotgun made of aluminum alloy.  Breda’s barrels are drilled from the highest quality steel available. This gives Breda barrels a significant advantage over lesser smooth bore barrels. The Xanthos models are suitable for frequent hunting trips, as well as, recreational days on the skeet or sporting clay range.  Xanthos models will reliably cycle loads from 2 ¾ inch 3 dram – 1oz. target loads to 3 inch duck loads.